History:
Tompkins County Progressives was founded in 2016 during Bernie Sanders' first campaign for the Presidency. Many people in Ithaca and the surrounding county joined together and built a campaign from the bottom up, taking it upon themselves to learn the rules and create literature and promote Bernie's message. After Bernie lost, they decided to keep the movement alive as best they could. They advocated for Bernie's progressive policies, while also engaging with local Democratic Party organizations and working to change the system. Over time, because Tompkins County is already home to so many organizations working around progressive issues, TCP evolved into an organization that is primarily focused on electoral politics. It became a founding chapter of the New York Progressive Action Network, and began to recruit and support progressive candidates for races at all levels.

Current Activities: TCP is focussed at the moment on the August 23rd primary, in which it is supporting 2 local candidates, Lea Webb and Josh Riley (as well as Max Della Pia for the special election). 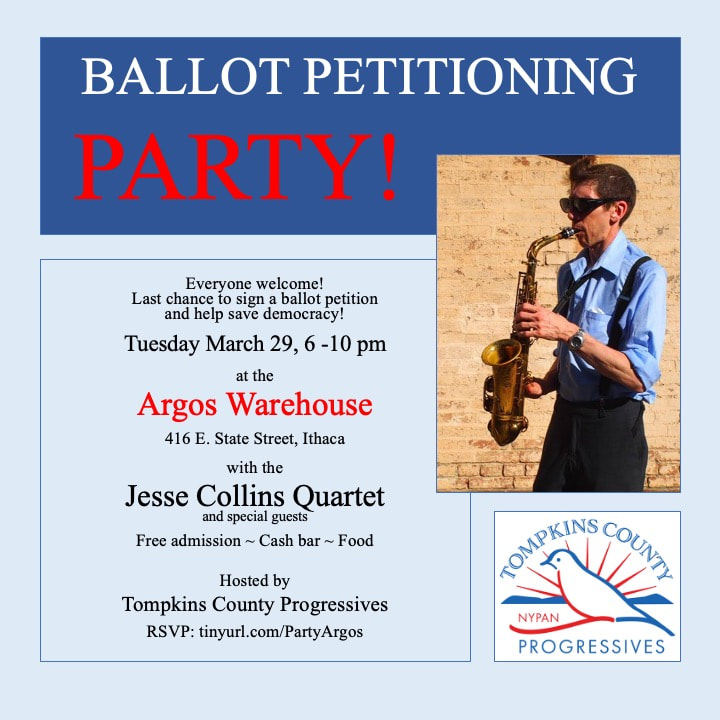 or, if that doesn't work, just go to our facebook page and look for the livestream... www.facebook.com/TCProgressives/